Skip to Content
Home Encouragement and Motivation Baby, You Were Born To Fly!
Sharing Is Caring! ♥ Thank You!

Are you discouraged, brokenhearted, and feel like giving up? I’ve got great news for you: YOU were born to fly! And here’s why…

A few days ago, an unfortunate scene occurred in our backyard. Our cat, Dizzy, caught a bird. As most cat parents know, this is one of the most undesirable behaviors they have. (Yep, we’re thinking a catio is in the works!)

Thankfully, Bill happened to be nearby and acted quickly to grab the bird from her. The story that began to unfold before my very eyes reminded me of an important life lesson.

I hope, as you read these words, your heart will be encouraged.

YOU Were Born to Fly

This precious bird, believed to be a black and white warbler, was surely having a bad day. You know the kind – when everything seems to go terribly wrong. You didn’t wake up expecting the worst, but, life happened.

Our sweet little songbird wasn’t expecting to have a fateful meeting with Dizzy that morning. He was singing happily, nesting on the ground, and flying at will. He was doing what he was born to do. He was born to fly!

There will always be forces working against us to steal our joy and our flight in life. There will be times we will have to fight for our freedom and the joy of our song.

There will be those who don’t believe in us, who speak lies against us, or who just really don’t ‘get’ who we are.

I know you’ll have a hard time believing this, but my skull can be kind of thick!

Yeah, I said it, sometimes, okay, rather frequently – I’m terribly stubborn! It has served me well during some dark periods of my life; that persevering spirit refusing to quit.

Yet, there’s a life lesson I’ve had a really hard time learning!

Just because someone else may not see my worth doesn’t mean I don’t have any! – Holly ♥ #selfesteem #confidence #selflove #loveyourself #inspiration #motivation #thebloggercrowd #bloggingcommunity

Just because people who should be there, aren’t, doesn’t mean we’re not worthy of love, respect, and support.

Misery loves company. When people choose to stay stuck in their old patterns, old habits, old everything, they will often want you to stay stuck too.

Watching someone fly and soar in life isn’t fun when you feel chained to the ground. An unhealthy person will try many ways to steal your flight, your fight, and your song. “Come back down here where you belong,” you might hear them say.

It may not even be intentional. Sometimes, they are living what they learned, just like we have. All it means is this person is incapable of giving from a place within which they lack themselves.

Never own what doesn’t belong to you. Not everything is your fault or your problem – Holly ♥ #encouragement #motivation #wisdomoftheday @Lovingblogs @TheBloggerGals

Who Is Singing To You?

While all of this was going on, there was a moment that nearly brought me to tears.

Bill gently, but firmly, cupped his hands around this tiny little creature. We hoped the warmth would ease the shock and help bring some calm back to his little racing heart.

It became clear that while the warmth felt good, little change in his physical state was happening. We feared the worst for this little fella we had come to love.

Then, I had an idea. I went online to try and pinpoint what kind of bird this was, as neither of us were familiar with it up close. After a little searching, I found what I believed to be the right match: a black and white warbler.

What I found next was a brief sound clip of the black and white warbler’s song! As soon as I played a quick sound bite – this sweet bird perked right up! His eyes opened and seemed to light up, his head began to move and his confidence clearly grew.

We began to feel as though he could hold on to a branch all by himself. So we walked over to a nearby cedar tree and placed him there. With pure joy, we watched as he held on, gathering his wits, preparing to fly again!

Our lives are much the same.

Who is singing their song into your life? Are those voices inspiring you, encouraging you, calling you to fly? If not, it’s time to reconsider whose song you are listening to!

Take inventory of how you feel. If you always walk away from your interactions feeling worse or lesser about yourself than when you started; it’s time to move on and make a change.

Our bird knew the song of his true friends. He heard their song and recognized, his friends were calling him to FLY again! They were calling out to him, “Live! You can do it!” They were encouraging him to soar.

They weren’t turkeys! They weren’t naysayers telling him all the reasons he might as well just give up.

You may not have a supportive family who encourages you to pursue the goals, dreams, and talents in your life. Maybe you didn’t even have friends or mentors that came alongside you, cheering you on to remind you how capable you are in every way.

Believe me, I get where you are, and where you’re coming from.

Hear me when I say, “YES! You are enough. Your dream isn’t stupid. You are able. You have what it takes! YOU were born to fly!”

YOUR song matters. The voice on the inside of you, your unique story, matters. Don’t ever consider yourself too small or insignifanct to make a difference.

There are people waiting to hear your song. It’s the only song/story that will inspire them to come alive, live again, and leave their own stamp on this old world.

That’s how powerful your testimony is!

Consider this powerful truth for a moment, if you will:

….What then shall we say in response to these things? If God is for us, who can be against us?

It is impossible to be everything to everyone. You shouldn’t even try! Not everyone is going to like you or what you stand for. That’s okay! Don’t give it another thought.

The more we try to be everyone’s ‘cup of tea,’ the more we lose our authenticity.

Let’s choose to fly, no matter what anyone says, does, or doesn’t do! You are so very worth it.

Did this encourage you today? I’d really love to hear your thoughts in the comments below. Thank you also, with all my heart, for sharing this with your friends on social media.

In what ways have you learned to fly and leave the weights that hold you down, on the ground, where they belong?

Always remember: Baby, you were born to fly! Go for it!

All My Love & Gratitude, 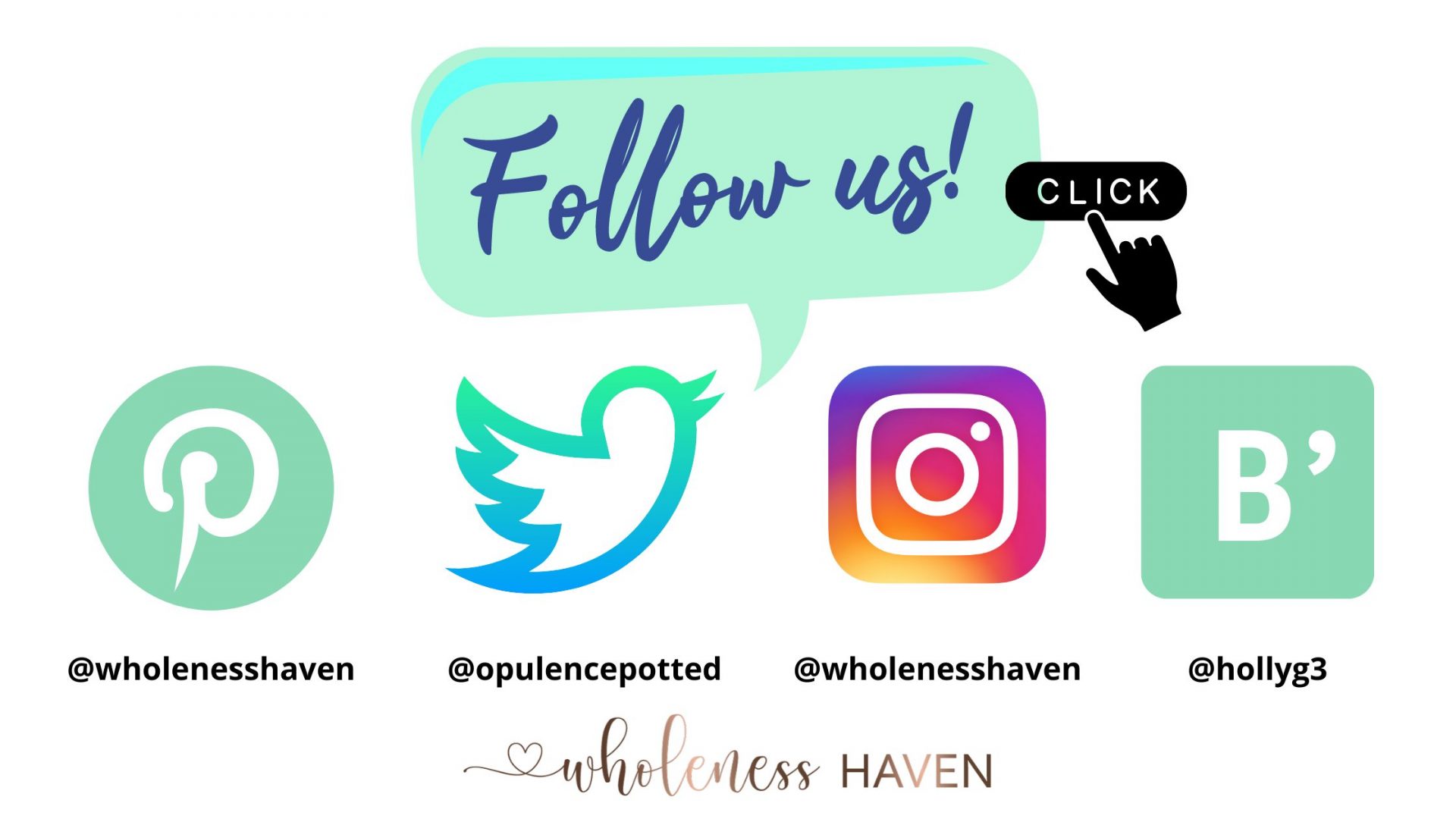 I Love Hearing From You! Cancel reply

Hi, I'm Holly! Lover of my husband, the Lord, nature and animals (especially cats!) I'm an INFJ (MBTI) which means I love deeply and care about the well-being of those around me and in this world.

I hope to hear from you at one of my sites. God bless! ♥

Good To See You!

Welcome to Wholeness Haven! I'm a compassionate coach, mentor, and friend, with the heart of an encourager.

You'll find everything here from practical health & natural living tips, motivational messages, and the sharing of our faith.

Life beats us down sometimes, but I'm here to help pick you back up with the heart of Christ for you.

What Can I Help You Find?

Join for inspiration, updates, and more. Let's keep in touch!

Come Pin With Me!

Catch Up On The Latest Posts

Video of the Day 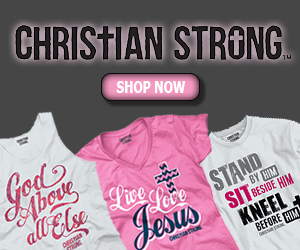